The runaway train is improbably approaching the station. Yet just like any decent action-flick protagonist, the Yankees must overcome another huge obstacle or six in order to reach their desired destination.

Even after their best weekend of the season, amid a six-game winning streak, it can’t be stressed enough how easily this last lap can turn south for these guys. With a one-game lead for the American League’s top wild-card slot, the Yankees (89-67) resume action Tuesday night by taking on the hungry Blue Jays (87-69) in their first visit to rowdy Rogers Centre since 2019. The Red Sox (88-68), meanwhile, will be in Baltimore facing the woeful Orioles. Then the regular season wraps up with the Yankees hosting the AL East champion Rays while the Jays welcome the O’s to Canada and the Bosox scoot over to Washington to take on the woeful Nationals.

If the Yankees get their postseason ticket punched, they’ll have earned it.

Thanks to this club’s dizzying, up-and-down ride to get here, The Post already has set a (wholly unconfirmed) record for “Here’s what they should do” columns. Consider this the Barry Bonds’ 73rd home run of these missives — at least for the regular season. With so much at stake, with so little room for error, some counsel for the Yankees to navigate this treacherous final week:

1. A very quick hook for Jameson Taillon. The first-year Yankee, like his profile predecessors Michael Pineda, Nathan Eovaldi and James Paxton, has exhibited samples of the ceiling that the Yankees hoped he’d reach upon acquiring him from the Pirates last winter. He also has pitched pretty poorly at times, failing to complete five innings in nine of his 27 starts, and a partially torn tendon in his right ankle sidelined him since Sept. 6. 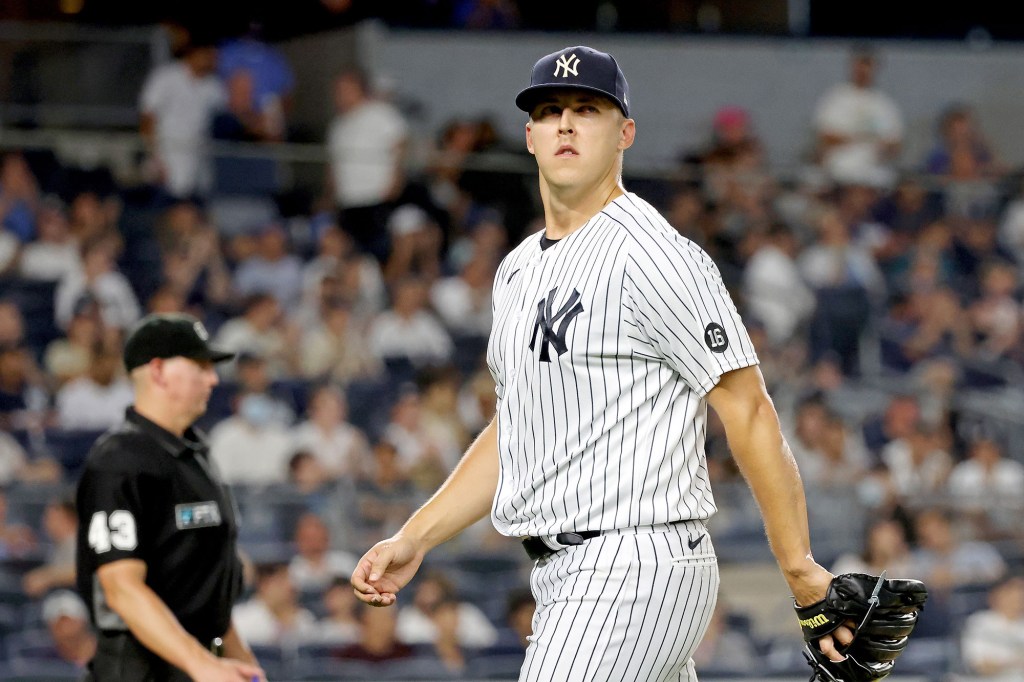 The right-hander returns to action with Tuesday night’s starting assignment, and to be fair, his last start came against these Blue Jays and he pitched effectively (seven innings, three runs). Nevertheless, with the Yankees enjoying Monday off and with ace Gerrit Cole starting on Wednesday, there should be no hesitation over bailing on Taillon early if trouble emerges. The recent returns of Domingo German, Michael King and Luis Severino from the injured list give Aaron Boone intriguing mid-game, potential multi-inning options.

2. A start for Luke Voit in Toronto. Boone sent quite a signal to the Yankees’ benched first baseman by not starting him Sunday night against Red Sox southpaw Eduardo Rodriguez at Fenway. While the Yankees won of course, it’ll take a village to get through this last week. Voit saw the ball well in two games last year against Tuesday night’s Blue Jays starter, Hyun Jin Ryu, going 3-for-6 with a homer and a pair of line-drive singles (thanks, Baseball-Reference.com). Joey Gallo, meanwhile, is 1-for-9 with four strikeouts against Ryu, including an 0-for-3 with three K’s this month at Yankee Stadium. Why not start this series by DH-ing Voit and putting the en fuego Stanton in left field? 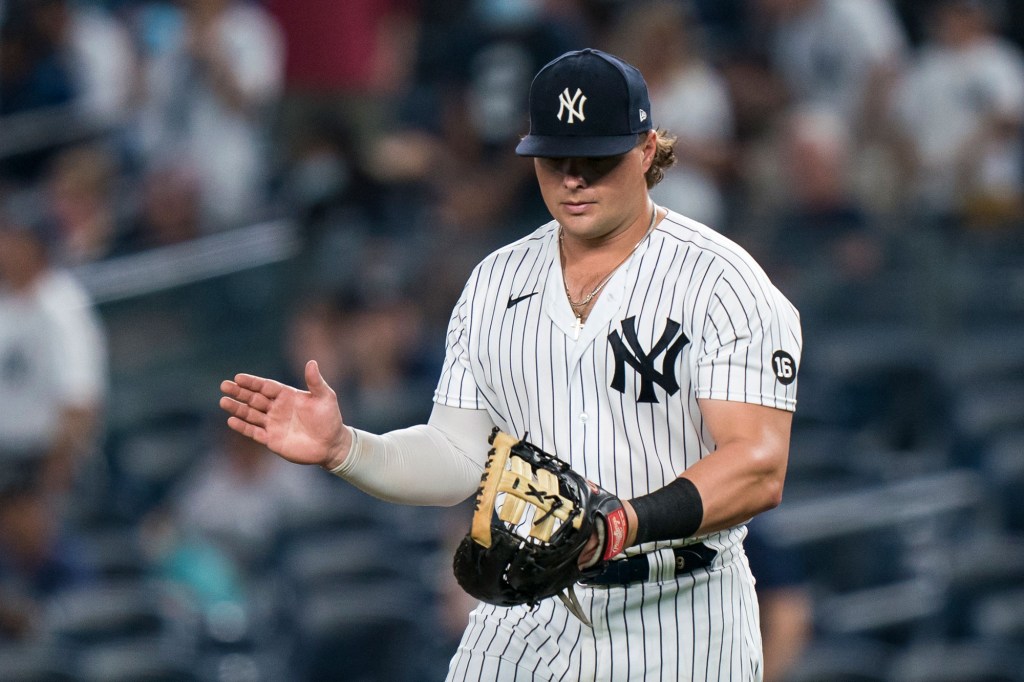 3. More confidence in Clay Holmes. Had the Yankees not fought back to outlast the Red Sox on Sunday night, more attention would’ve been paid to Boone lifting the right-hander Holmes, a bullpen revelation since coming over from Pittsburgh for southpaw Joely Rodriguez when his Boston counterpart Alex Cora pinch hit the lefty-swinging Travis Shaw for righty Christian Arroyo. Cora then tossed Shaw aside for right-hander Jose Iglesias, who singled off Rodriguez to set in motion Boston’s two-run frame.

Shaw went 4-for-5 against Holmes during their days on the Brewers and Pirates, respectively. However, Holmes has clearly elevated his game since coming to The Bronx. As a Yankee, he has limited left-handed batters to four singles and a walk in 19 plate appearances (thanks, FanGraphs). Rodriguez, another trade-deadline acquisition (with Gallo from the Rangers), has contributed, too. He should reside on a lower tier than Holmes in Boone’s circle of trust, though.

Ole Gunnar Sulscher: De Gea is among the best goalkeepers in the world. He's holding his tail with a gun again, it's a pleasure to work with him
Guardiola on 3-1 with Brighton: It would have been over with another opponent after 3-0, but not with this
Barcelona wants to sign Olmo, but does not plan to pay 60 million euros for him in the winter. Leipzig intends to keep the player
Carragher did not include Ronaldo in the united team of Manchester United and Liverpool players
Newcastle doesn't mind if fans wear clothes imitating Saudi Arabia. The club asked not to do this 3 days ago
Patrice Evra: Suarez said he hit me because I'm black
Mauricio Pochettino: Icardi is psychologically strong. He is doing well, he will be in the bid for Marseille

'Inside Job' showrunner thought a shadow government would be scary. Reality was scarier

‘Rust’ Tragedy Reflects Troubling Trends on Movie and TV Sets: ‘We Did This to Ourselves’