Severe thunderstorms and flooding will drench the central United States through next week as windy, warm weather escalates fire danger in the West.

As a front moves over the middle Mississippi Valley, central and southern High Plains and Great Basin, the National Weather Service on Saturday forecast showers and thunderstorms in the regions through the weekend.

Severe weather is also set to plague the northern and central Rockies and the central and southern High Plains on Saturday. 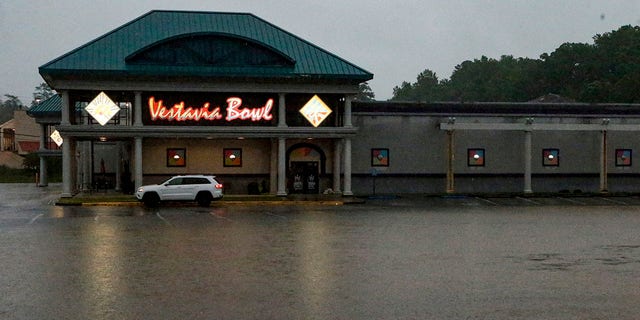 A parking lot is flooded as severe weather produces torrential rainfall, Tuesday, May 4, 2021 in Vestavia, Ala. (AP Photo/Butch Dill)

The NWS Weather Prediction Center said threats from the thunderstorms include lightning, damaging wind gusts, hail and "a few tornadoes."

Central and southern states have been pummeled by rounds of severe storms in recent weeks, with baseball-sized hail breaking windows in Texas and floodwaters forcing evacuations in Alabama.

New Orleans experienced record flash flooding and a tornado over the last week.

According to Accuweather, there were reports of strong wind and hail across Texas, New Mexico, Colorado and Kansas.

The Midwest, Great Lakes, Northeast and Mid-Atlantic are all also forecast to see rain, with upper-level energy producing rain over the Upper Midwest and developing over the Great Lakes and Northeast on Saturday, and light rain expanding over parts of the Mid-Atlantic on Sunday. 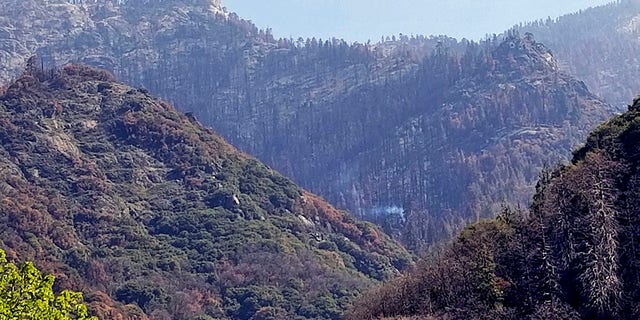 California will see scattered rain as an upper-level low develops over the Golden State on Saturday and into Sunday, before moving into the Southwest and Great Basin.

However, arid conditions and gusty winds are slated to continue in parts of the Great Basin and Southwest through Sunday,  creating a "critical" wildfire risk, officials said.

Farrah Abraham reacts to Chrissy Teigen's cyberbullying statement: She still 'has not apologized' to me

Even Vaccinated People Are Nervous About Going Back to ‘Normal.’ Here’s How to Cope

COVID-19 Exposed the Faults in America’s Elder Care System. This Is Our Best Shot to Fix Them

David Marcus: AOC is the only honest Democrat on the border crisis

Biden's experience with Russia, in key moments from 1973 to now

What can Biden and Putin hope to accomplish at their summit?

Jury selection to begin for Oklahoma man in students' deaths

JNU, Jamia students get bail in northeast Delhi riots case; a look back at case before landmark ruling

An Olympic runner was banned after testing positive for a steroid. She believes it's a false positive from a pork burrito

We Must Help the Afghan Interpreters Who Helped Us

Biden to nominate Michael D. Smith as CEO of AmeriCorps

Finally, the US gets a strategy on fighting domestic terrorism

3 Things You Must Know Before You Start Your Etsy Business