The Olympics are ripe for cyberattacks by nation-state actors, the FBI said in a notification to cybersecurity professionals, adding that these actors could hack or ransom sensitive stolen data.

The games provide an opportunity for state-backed actors to "sow confusion…and advance ideological goals," the FBI said in a statement.

In its notification, the FBI cited the potential for distributed denial of service (DDoS) attacks – where computers are rendered unavailable to an organization – targeting TV broadcasters, hotels, mass transit, ticketing services and event security infrastructure as a possibility. 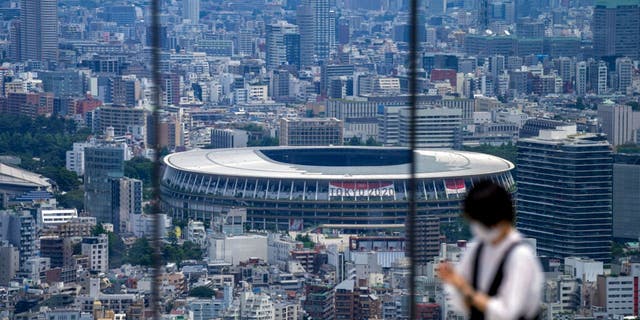 A person takes a picture from an observation deck as National Stadium, where the opening ceremony of the Tokyo Olympics will be held, is seen in the background in Tokyo.  (AP Photo/Kiichiro Sato, File)

TOKYO OLYMPICS: WHAT TO KNOW ABOUT THE 2020 GAMES

DDoS attacks are often part and parcel of ransomware.

Some attacks have already happened. In June, Japan’s Kyodo News reported that information was leaked from a data sharing tool developed by Japanese IT company Fujitsu. The breach involved Japan's national cybersecurity center which was preparing for potential cyberattacks during the games, Kyodo said.

Olympic meddling from state actors would not be unprecedented. The FBI indicted Russian cyber actors for hacking into computers supporting the 2018 PyeongChang Winter Olympics, culminating in a cyberattack targeting the Opening Ceremony.

And the FBI notification comes in the wake of a joint advisory from The National Security Agency, Cybersecurity and Infrastructure Security Agency and FBI about an active malicious cyber campaign being carried out by the Russian General Staff Main Intelligence Directorate (GRU) targeting hundreds of U.S. and foreign organizations in order to penetrate government and private sector networks.

"GRU continues to be a threat…The scale, reach and pace of their operations is alarming," a spokesperson from cybersecurity firm Check Point Software told Fox News. 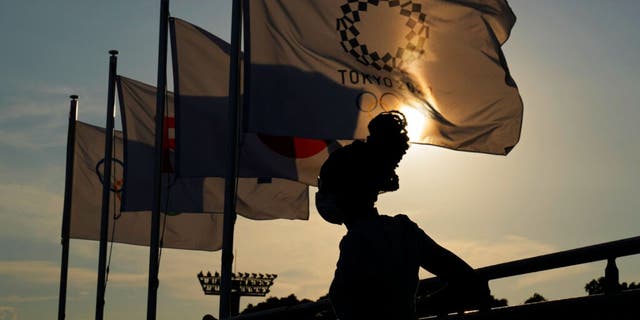 A person walks through the stands at Oi Hockey Stadium ahead of the the 2020 Summer Olympics, Thursday, July 22, 2021, in Tokyo, Japan. ( (AP Photo/John Locher)

Against a backdrop of global cyber warfare, the usual suspects could be active.

"Given the ongoing rise in temperatures of the ‘Cyber Cold War,’ it is likely that we will see many of those previously linked with recent high profile cyberattacks – such as Russia, China, REvil and other organized groups," Lisa Plaggemier, interim executive director at the National Cyber Security Alliance, told Fox News.

The Tokyo Olympics are a potential "crown jewel" for hackers, Plaggemier said.

"Ransomware, supply chain attacks and attacks against contracted third-party vendors, should be top-of-mind given recent success these threat types had in breaching SolarWinds, Kaseya and others," according to Plaggemier.

State actors from countries that have been banned from the Olympics could be especially active, Tom Kellermann, Head of Cybersecurity Strategy at VMware and member of the Secret Service’s Cyber Investigations Advisory Board, told Fox News.

The FBI said to date it is not aware of any "specific" cyber threat against the Olympics.