Indian weightlifter Mirabai Chanu bagged a historic silver medal in the women's 49kg weightlifting at the Tokyo International Forum to lift the gloom after four top pistol and rifle shooters flattered to deceive on Saturday.

Mirabai, ranked third in the world, had a total lift of 202kg with 87kg in snatch and 115kg in clean and jerk. This is India's second medal in the sport after Karnam Malleswari's bronze in the 69kg category at the 2000 Sydney Olympics.

Hou Zhihui of China won the gold medal, setting a new Olympic record of 210kg. She set the record too in snatch with 94kg and 116kg in clean and jerk. Indonesia's Windy Cantika Aisah took home the silver medal with a total lift of 194 kg. 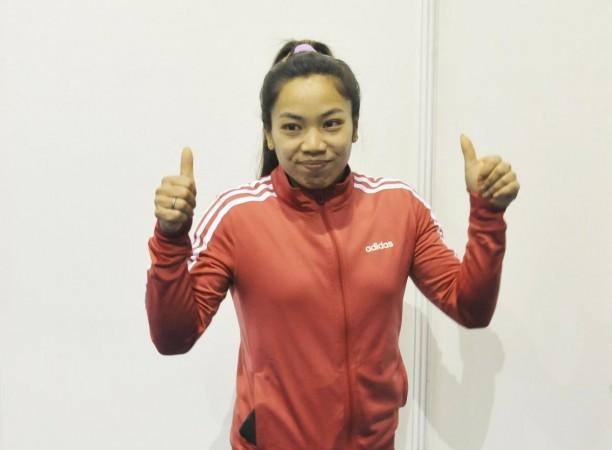 With the silver at the Olympics, Mirabai has now won medals in the Commonwealth Games, Asian Championships and World Championships.

Mirabai started off with a lift of 84kg in her first attempt at snatch. She went better in her second attempt, lifting 87kg. In the final attempt, she couldn't lift 89kg. But her second attempt, also her personal best in snatch, was good enough to be placed second, behind Zhihui.

Zhihui, the overwhelming favourite in the event, lifted 88kg in the first attempt followed by an Olympic record of 92kg. She bettered her own mark with 94kg in the final attempt of snatch.

In clean and jerk, Mirabai had a confident lift of 110kg in the first attempt and 115kg in the second attempt. Though she couldn't lift 117kg in the final attempt, she was able to confirm a silver medal in the Olympics.

The 26-year-old Mirabai was deemed as a medal prospect for India at the Olympics which opened on Friday after a one-year delay due to the COVID-19 pandemic. In the lead up to the Olympics, Mirabai had set a new world record in clean and jerk (119kg) in a bronze-medal show of 205kg, at the Asian Championships in Tashkent in April this year.

In the process, Mirabai has now completed a redemption path which started from the disappointment at the 2016 Rio Olympics. Her debut at the Olympics in the 48kg category was a horror show, unable to lift in all three attempts of clean and jerk. The effect was so hard that Mirabai had to take the help of a sports psychologist to get over the happenings of Rio.

Five years from Rio, toughened up mentally and richer in experience, Mirabai completed the turnaround at Tokyo by becoming the second Indian woman and fifth individual overall to win a silver medal at the Olympics.

She worked hard and rectified every point of error to be the best version of herself. Injuries, especially a mysterious pain in the lower back, came in her way but that didn't stop Mirabai from reaching the podium in Tokyo. Her training in St Louis, USA led to finding ways of improving fitness and snatch technique, her bugbear for a long time.

With the Olympic rings in her earrings, Mirabai lifted her way to glory at Tokyo. On realising that she had won a medal, the diminutive Manipuri broke down and hugged her coach in jubilation.

The silver medal around her neck and the smile behind the mask indicated the completion of a turnaround, erasing the pain of Rio with the joy at Tokyo.

Merson about Manchester United: If Tuchel, Klopp or Pep had coached him , there would have been every chance of winning the Premier League. The team has problems with the balance, does Ronaldo Solskjaer need it?
Raphael Varane: Manchester United has a huge potential. We are on the right track and are constantly adding
Tottenham fans want to meet with the management because of the team's situation: They must explain how the club's DNA will be restored
Unai Emery: Manchester United will be the best version of themselves tomorrow. They lost to the Young Boys and must prove their strength
Joe Cole: It's been a long time since Chelsea looked so harmonious. Under Tuchel, the team is united
Alex Ferguson: For a hundred years we have been moaning because of the decisions of the referees. Now the VAR judges are wrong
We start a new Showsport series with Liverpool: we go to every club of the Premier League and tell everything about the city and traditions

'No one is looking for us': Why we don't know about Arianna Fitts but we know Gabby Petito

Some unvaccinated NYPD cops are being threatened with demotion

Who are the 2021 MacArthur fellows?

Milley defends calls to China amid concerns about Trump