Welcome to Best of Late Night, a rundown of the previous night’s highlights that lets you sleep — and lets us get paid to watch comedy. Many of us are stuck at home at the moment, so here are the 50 best movies on Netflix right now.

The White House reportedly inquired about the process of being added to Mount Rushmore in the hope that President Trump could be immortalized on the monument.

“That’s like going up to a priest after Mass and asking him, ‘So what’s the process for adding someone to the trinity?’” — SETH MEYERS

“And even if there was a process to get on Mount Rushmore, I am pretty sure presiding over the preventable deaths of 160,000 Americans and the worst economic crash since the Great Depression would be disqualifying. That’s like asking your boss at Chipotle when you’re getting your employee-of -the-month plaque after you get caught stirring guacamole with your skateboard.” — SETH MEYERS

“Besides, I’m pretty sure the other presidents would be weirded out having Trump next to them. They’d all scooch over to one side of the mountain like passengers on the F train after a dude takes a dump.” — SETH MEYERS

“Apparently, Trump said it was his dream to have his face added. Yeah, that’s sort of like Dr. Fauci saying it’s his dream to play center for the Los Angeles Lakers.” — JIMMY FALLON

“Turns out a fifth president can’t be added to Mount Rushmore because the rocks around it are unstable. Actually, the more I think about it, having something unstable means he’s already a part of Mount Rushmore.” — JIMMY FALLON

“I think Trump’s wasting his time at Mount Rushmore. If he wants something carved into rock that looks like him, the orange hue of the Grand Canyon is a much better option.” — JIMMY FALLON

“Just so we’re all clear, during a historic pandemic that has crippled the economy, the president of the United States signed four executive orders to help the unemployed from his private country club. Even Marie Antoinette was like, ‘Come on, man, read the room.’” — JIMMY FALLON

“Also, nothing says ‘man of the people’ like doing a press conference at your $350,000-a-year private golf club.” — SETH MEYERS

“Trump also signed other executive orders including a payroll tax holiday, student-loan relief and eviction moratorium. Of course he wants that — come January, everyone in his family might need it.” — SETH MEYERS

“And don’t get me wrong — some of these ideas that Trump proposed are actually good ones. I mean, suspending student-loan payments makes a lot of sense right now, and banning evictions is a great idea, even though I’m pretty sure that Trump only wants that because he thinks it means that he can’t get kicked out of the White House.” — TREVOR NOAH

“Among the many problems with Trump’s payroll tax holiday is that ending the tax could have catastrophic fiscal effects on programs, especially Social Security. [As Trump] ‘But don’t worry, old people, something tells me you won’t be needing that Social Security. Come to my rally. Leave the mask at home.’” — STEPHEN COLBERT

“Trump’s so-called eviction moratorium is really more of a suggest-atorium, because instead of banning the practice, he instructs key officials to consider whether there should be a ban on evictions. Consider? These people need to be rescued. It reminds me of the classic film ‘Considering Saving Private Ryan.’” — STEPHEN COLBERT

The “Daily Show” correspondent Jaboukie Young-White makes the case for the rapper Cardi B as Joe Biden’s pick for the Democratic vice-presidential nomination.

What We’re Excited About on Tuesday Night

The actress Laura Linney will pop by Tuesday’s “Late Show.” 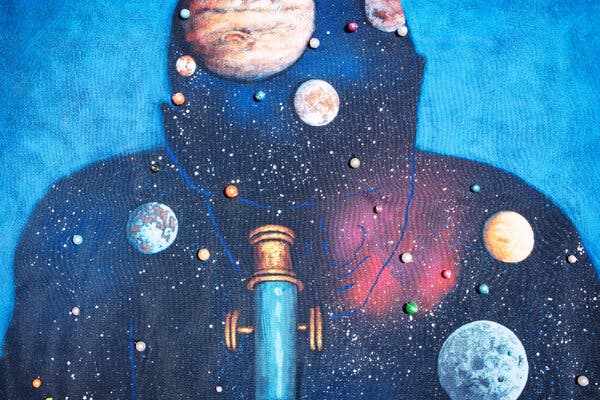 The central design of an AIDS quilt panel friends made to honor the memory of Tom Rauffenbart was inspired by a 1989 painting by David Wojnarowicz, his partner. In it, Mr. Rauffenbart’s silhouette encompasses a galaxy.Credit...Karsten Moran for The New York Times

The Premier League has changed its approach to determining offside after Man City's Aston Villa goal. Now in this situation will be fixed out of the game
Zlatan and Lukaku had a conflict in the Italian Cup match
Zlatan scored 8 goals for Inter Milan. More than any other team
Alli is not training with Tottenham due to negotiations with PSG. He does not want to let Levi go
Batshuayi scored in the Premier League for the first time since October 2019
Valdarno about leaving the Youngster rent in the Arsenal and Real Madrid Player should not be so quick to give up. He did not have enough patience
Ighalo has announced his departure from Manchester United
Source https://www.nytimes.com/2020/08/11/arts/television/late-night-trump-mount-rushmore.html

Republicans vote en masse against trying Trump, signaling he is likely to be acquitted of the impeachment charge.