A team of journalists built a database to track President Donald Trump‘s claims and as of August 2020, they find he has made 22,247 misleading statements.

The Washington Post reports the 22,247 claims were made over the course of  1,316 days. Aug. 27 was the last day the database was able to update due to the sheer volume of the President’s lies. The report says that the journalists compiling the information are eight weeks behind in fact-checking Trump.

In August, Trump was officially announced as the Republican candidate and according to the Post, the lies picked up steam. The outlet reported POTUS began making more than 50 false or misleading claims a day. During the first 27 days of August, the president made 1,506 false or misleading claims, or on average, 56 a day. Some days, however, saw more lies than others. 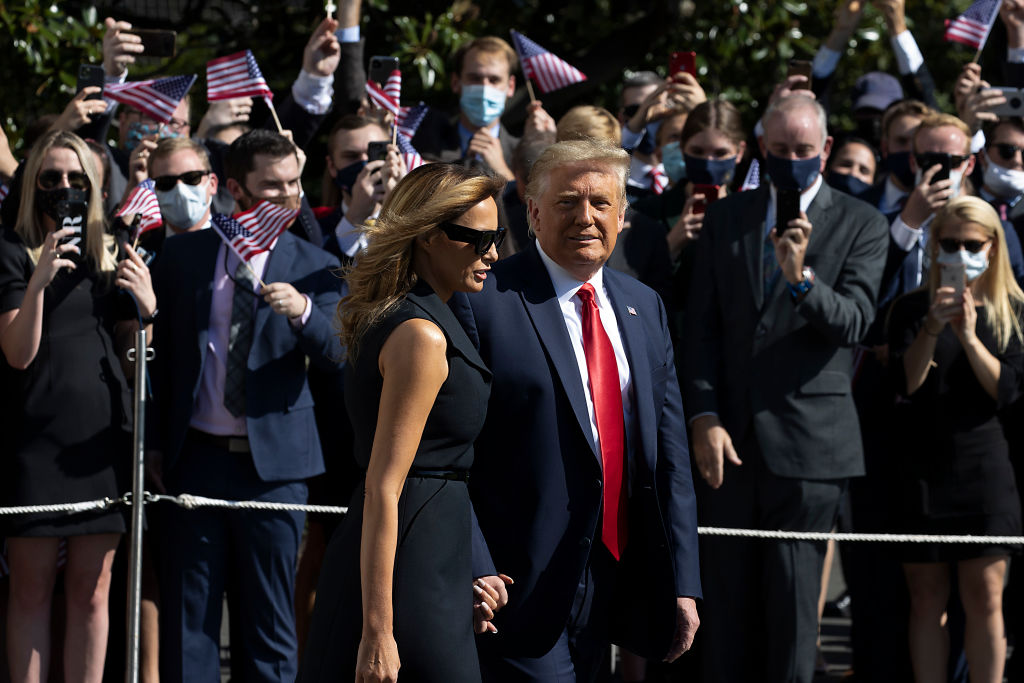 The report estimated the president will exceed 25,000 claims before Election Day 2020, and that he’s probably already reached that mark this week.

While Trump lies a lot, the false claims are often about the same issues. COVID-19, the economy, the border wall, and tax cuts are his favorite things to exaggerate. The Times reports his most repeated claim, made 407 times, is that the current U.S. economy is the best in history, a claim that can be traced back to June 2018. Since then, he has updated his phrasing from bragging on the best economy in U.S. history to saying “the best economy in the history of the world.”

Trump’s second-most repeated claim is that his promised border wall is under construction. The reality, according to the Washington Post, is the project developed into replacing smaller, older barriers with steel bollard fencing, only adding the fencing to a small area that was not previously bound.

Trump has also falsely said he has passed the biggest tax cut in history 232 times. He’s told almost 1400 lies surrounding the coronavirus and made 1,200 false or misleading claims about the impeachment investigation.

The digital database can be found here and users can search by topic.

Cherevchenko is the best RPL coach in November. He was ahead of Semak and Tedesco
Ronaldo on 750 career goals: Thanks to loyal opponents. You made me work harder every day
Neymar on reuniting with Messi: next year we have to do it
Scott Micromini: I hope Manchester United will win Leipzig and away
Lampard on whether Giroud will start in the Premier League: we'll See. Forward scored 4 goals for Sevilla
Lucescu after 0:3 with Juve: Dynamo is learning, getting experience and should go to the eurovesna
You can't be half-pregnant and half-make the playoffs. Tuchel on PSG's chances in the Champions League
Source https://thegrio.com/2020/10/22/trump-averaging-50-lies-misleading-statements-per-day/

Getting Creative for the 2020 Office Holiday Party

Ideas for the Holiday Party in 2020

The US reports 3,100 coronavirus deaths in one day -- 20% more than previous record

US reports 3,100 coronavirus deaths in day -- 20% more than previous record