The most famous cartoon rabbit kicked off the festivities with a bang earlier this year when HBO Max debuted “Looney Tunes Cartoons,” an original series produced by Warner Bros. Animation. 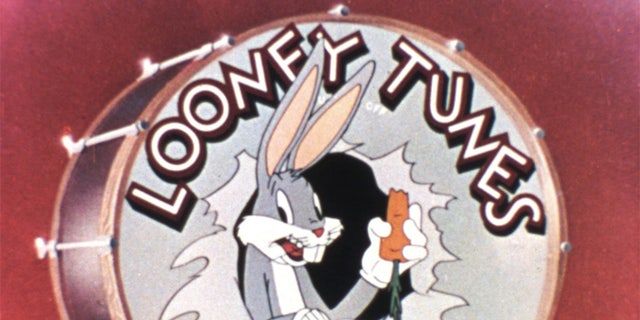 “Looney Tunes,” which launched in 1930, were originally film shorts created to run before features in movie theaters before moving to television in 1960, the New York Times reported. The cottontail hare made his grand debut in the summer of 1940.

According to the outlet, “Looney Tunes,” combined with their sister series “Merrie Melodies,” have been nominated for 22 Academy Awards, winning five.

Eric Bauza, the current voice of Bugs Bunny, spoke to Fox News about the secret behind the rascally rabbit’s success, how Mel Blanc originally brought him to life, as well some fun facts that will surprise fans in 2020. 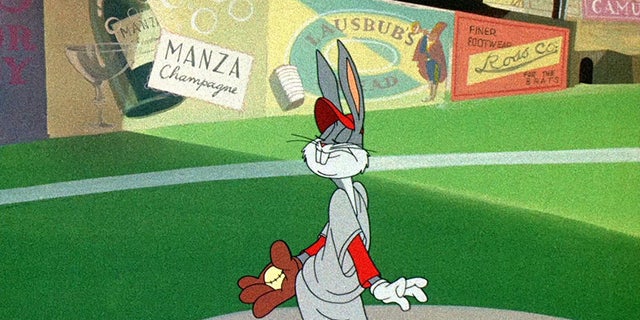 Fox News: What do you think has been the secret behind Bugs Bunny's success?
Eric Bauza: I think the secret behind Bugs Bunny’s success is what's funny is funny. If it was funny 40, 80 years ago, it's going to be funny today. And the crew behind "Looney Tunes," which is the current version on HBO Max, didn't really change the blueprint much in terms of how it all works.

It's still Bugs Bunny messing with Elmer Fudd in the same way. And Elmer Fudd is always trying to get Bugs Bunny. So it's really just a classic formula. And with 80 years of Bugs, you kind of know him like a relative by now. You go to these comic conventions and the fans in the audience know more than you. They cite their favorite episodes and their favorite shorts.

I’ve voiced Marvin the Martian for 10 years. But voicing Bugs? This has been my first experience voicing him these past few months. So it's, it's been very welcoming. A lot of people have really accepted my performance and they give me all sorts of kudos and accolades on Twitter. Nothing beats getting the approval of the fans. 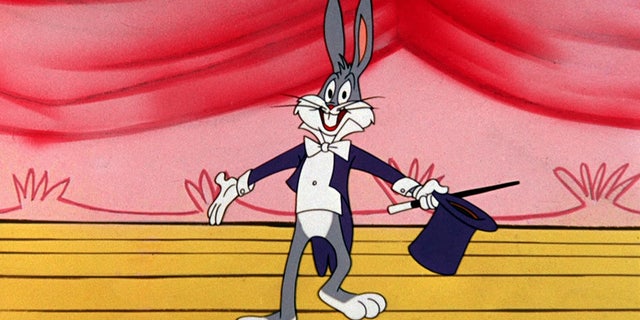 Fox News: What are some fun facts about Bugs Bunny that would surprise fans?
Bauza: He’s had many directors… and these are all animators from the Golden Age. So he only works with the best. He’s been voiced by at least six people. Mel Blanc was the original voice of Bugs Bunny. He created Bugs.

And if you’re wondering where he got that accent from, they say he’s a rascally rabbit. So [Mel] thought, he’s gotta be a tough character. And there’s no one tougher than a New Yorker, that’s what he said. He said it’s either Brooklyn or The Bronx. He mixed the two together, those accents. So that’s why he kind of has that street talk. 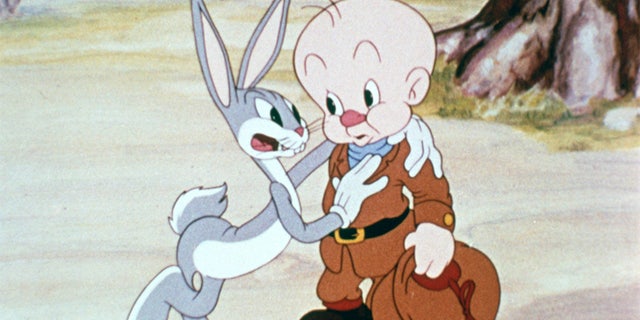 I think he represents the everyman, the every rabbit. He doesn’t have a lot of high demands in life. All he wants is a carrot and a nice afternoon where no one bugs him. And if you get on his bad side, that’s when you gotta look out. That’s when he becomes the trickster. But really, he’s just a simple rabbit, nothing to him. I think that’s why he’s so appealing. And I think that’s why when he gets in trouble, people want him to succeed. 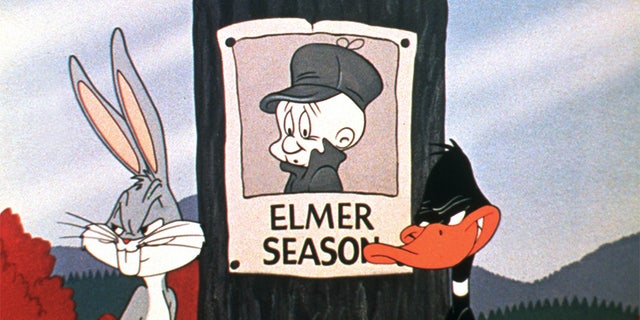 In addition to Bugs Bunny, Eric Bauza can also do the voice of Daffy Duck. (Warner Bros.)

Fox News: How did you become the voice of Bugs Bunny?
Bauza: I became the voice of Bugs Bunny just like in any other audition. I’ve only auditioned for Bugs Bunny two times in 10 years. That just goes to show you how many times they’re willing to shift gears with the performance of a character, especially a classic one like Bugs… It’s been refreshing to voice Bugs as a fan. I’ve been voicing Bugs Bunny ever since I was 9. *laughs*. I’ve really been practicing all my life for this role. 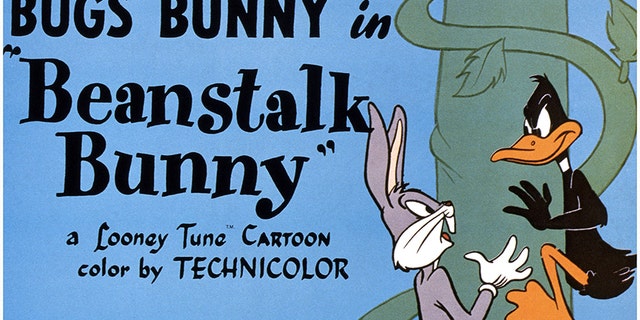 Bugs Bunny and Daffy Duck, circa 1955. (Photo by LMPC via Getty Images)

Fox News: When did you realize you can do voices?
Bauza: I guess I was probably like every kid, right? Every kid who sits in front of a TV imitates what they see and hear. I loved the movie “Who Framed Roger Rabbit.” That was one of my favorite movies as a kid. I used to think those cartoons were real and were able to interact with humans. Not only did that inspire me to do voices, but I also learned how to draw through these cartoons.

Fox News: Mel Blanc, the original creator, was known as “The Man of a Thousand Voices.” Were you ever worried about following in his footsteps?
Bauza: Oh yeah. I mean, I’m a fan first when it comes to this franchise, this band of characters. Mel Blanc will always be the original gangsta, the godfather of voiceover. He was the first voice actor credited on screen as a voice actor. They never did back in the day. And we’re talking about the ‘30s and ‘40s. 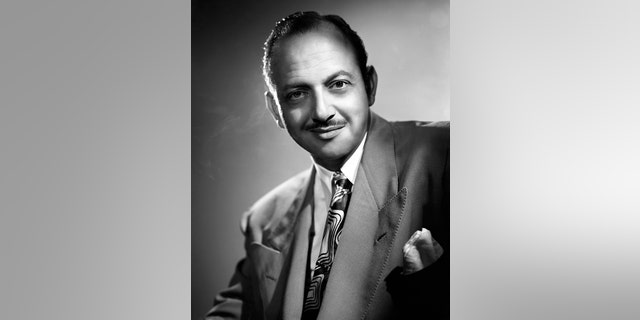 So he really paved the way to show the importance of vocal performance, not an on-camera one. And the fact that we’re sitting here now talking about his performance just shows you how incredible, impactful and influential his sound is.

'MY LITTLE PONY' STAR TARA STRONG WAS 'QUITE SURPRISED' BY 'BRONIES' ON SOCIAL MEDIA: 'I JUST ADORE THEM'

I say sound because it's so much more than a voice to me. It’s a whole performance. It’s a persona. When you say, “What’s up, Doc?” you can’t help but smile. It brings a smile to everyone’s face. I know it helps me get through customs at the airport really fast.

Fox News: Which is the most difficult voice for you to do?
Bauza: It’s gotta be Bugs, only because people just know that voice so well. And there’s so many sides to it, aside from the nasally aspect. There’s the attitude. Because remember, he’s a New Yorker. Also, Mel Blanc used to smoke a lot of cigarettes. I guess that was the trend back then in the ‘40s, right? No one was not smoking a cigarette *laughs*. 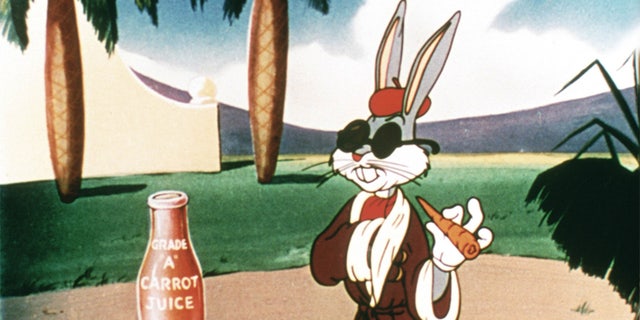 Bugs Bunny made his grand debut in the summer of 1940. (Warner Bros.)

But I feel that something affected his voice. There’s rich quality to it. I feel like half of the voice comes right out of my nose… You know, I watch an hour of "Looney Tunes" a day just to keep sharp. I think being a couch potato finally paid off.

Fox News: What advice would you give to someone who wants to try making voices?
Bauza: It’s all about the acting. It’s fun to do funny voices and practicing them is key. But it all comes down to the actual performance of a character. You have to be grounded in some kind of reality. Even if you’re playing a cartoon rabbit, there have to be real stakes involved.

You have to really become the character. And that all comes from good acting. If you’re going to venture into voiceovers, always pretend like you’re talking to your best friend to help you get into the zone. If you’re playing a villain, recall every moment you had a child playing with your cousins or best friends and toys. Because that’s basically what we’re doing.

Tuchel after 2:2 with Bordeaux: I always protect the players, but I refuse to do this. You can't play matches of this level
Ole Gunnar Solskjaer: Any decision I make is for the good of Manchester United. The main thing is the result
Mourinho on Tottenham: We don't have the same conditions as some clubs. They create a crazy market
Hazard was injured for the 8th time in 16 months at Real Madrid. He had 12 injuries in 7 years at Chelsea
Frank Lampard: Abramovich is a man who achieves his goals. Without this, it is impossible to achieve his position
Marcelo was actually grabbed by the hair. Clear penalty. Ex-referee Iturralde Gonzalez on the controversial episode in the match of Real Madrid
Gasperini on Atalanta's defeat: the Players are tired. We pay more for national team games than for the Champions League
Source https://www.foxnews.com/entertainment/eric-bauza-bugs-bunny-80-birthday-looney-tunes