The mother of Walter Wallace Jr. told Philadelphia news outlets she pleaded with police officers not to shoot her son. 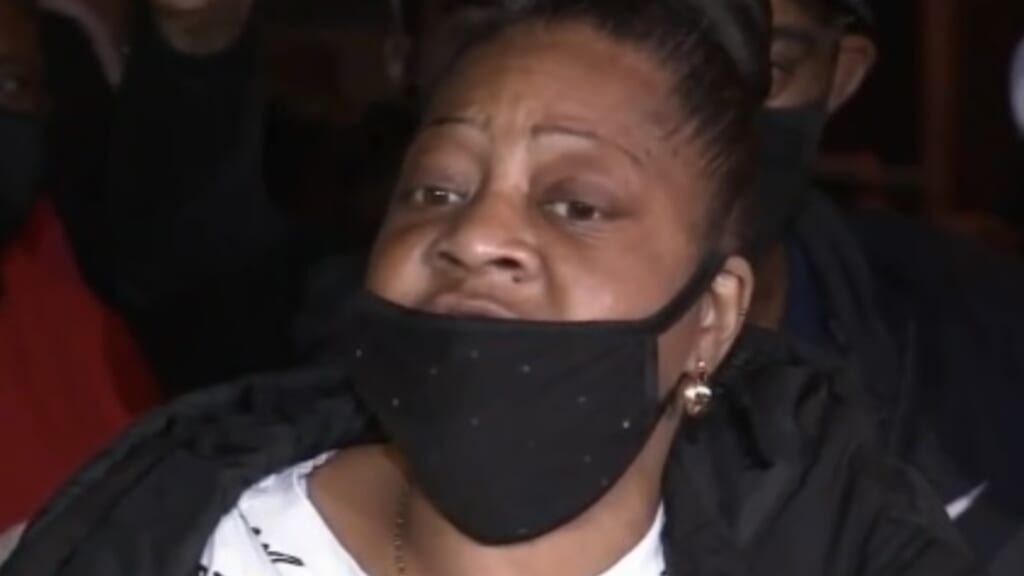 “They paid me no mind and shot my son,” she said.

Wallace Jr. was killed by police Monday afternoon while armed with a knife. In graphic video, the man appears to be advancing toward police, who fired more than a dozen shots, striking and killing the 27-year-old.

In the video, after the shooting, Catherine Wallace is seen running to her son as he lays on the ground.

The Wallace family said that Wallace Jr. suffered from mental health issues and maintain that his mother called the police because he was having a crisis.

“How do you feel to make the 911 call to get help for your son, and the end result is murder?” said Wallace Jr.’s cousin, Anthony Fitzhugh.

The shooting has sparked several nights of intense protest in the city as Philadelphians take to the street. Some demonstrations have been peaceful, with people marching and chanting Wallace’s name. But there have also been incidents of people looting. including from a local Foot Locker and a Walmart.

Police Commissioner Danielle Outlaw said 91 people were arrested during the unrest, including 11 on charges of assaulting police and 76 for burglary.

The Pennsylvania National Guard has been mobilized to help restore peace in the City of Brotherly Love.

“Our hearts are broken for the family of Walter Wallace Jr. and for all those suffering the emotional weight of learning about another Black life in America lost. We cannot accept that in this country a mental health crisis ends in death,” Democratic White House hopeful Joe Biden and vice presidential candidate Sen. Kamala Harris said in a joint statement reacting to Philly’s unrest. “It makes the shock and grief and violence of yesterday’s shooting that much more painful, especially for a community that has already endured so much trauma. Walter Wallace’s life, like too many others’, was a Black life that mattered — to his mother, to his family, to his community, to all of us.”

Read More: Marc Lamont Hill on why he’s voting Democrat instead of third party this election

“At the same time,” they continued, “no amount of anger at the very real injustices in our society excuses violence. Attacking police officers and vandalizing small businesses, which are already struggling during a pandemic, does not bend the moral arc of the universe closer to justice. It hurts our fellow citizens. Looting is not a protest, it is a crime. It draws attention away from the real tragedy of a life cut short.”

Wallace Jr.’s family has called for an end to the violence.

Philly residents are asking why the officers involved in the shooting did not deploy less lethal methods. Outlaw revealed in a press conference that not all Philly officers are equipped with tasers, including this pair.

She said Tuesday she has already asked in the past that additional funding be added to the budget for tasers.

The commissioner has called for patience during the investigation and has vowed to release the officers’ body camera footage this week.

The Spanish super Cup may not take place in Saudi Arabia, but in Spain
Goals by Zobnin, Kuzyaev and Skopintsev claim the title of best in November
Romelu Lukaku: one and a Half years at Inter are the best in my career
Bulykin on Loko's chances of reaching the Europa League play-offs: it Will be very difficult to do anything
Joao Felix: Atletico are missing Suarez and Costa
Loko didn't know what to do when Red Bull scored first. Naumov about 1:3
Gasperini about Atalanta: we will Go to Amsterdam with a small advantage
Source https://thegrio.com/2020/10/28/walter-wallace-mother-philadelphia/