Whether it's President Trump or Biden, the fight for racial justice is crucial

(CNN)This year has laid bare, for all the world to see, the depth and breadth of racial injustice in American society. Regardless of the election outcome, transformational change must be the next step, with racial justice advocates helping all of us to re-imagine American democracy and calling on leaders to repurpose national policy ambitions in service of these goals. 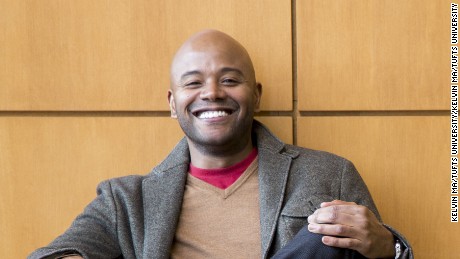 From the disparate impact of the Covid-19 pandemic in BIPOC (Black Indigenous People of Color) communities to the disproportionately cruel effects of the economic on Black families (more likely to suffer from unemployment, lack of health insurance, housing and food insecurity, and poverty), the protests and outcry ongoing since the killing of George Floyd have cast a spotlight that cannot be dimmed.

None of this is to say that America's fate will be the same no matter who wins the presidential election. Nothing could be further from the truth. But it is imperative to consider what a victory for President Donald Trump would cost every American when it comes to race -- and likewise crucial to think about what would be required, should Joe Biden win, to make his promises of progress into a reality.

Philadelphia has become the latest battleground for racial justice this week in the wake of the police shooting of 27-year-old William Wallace Jr., a mentally ill Black man holding a knife, who officers shot and killed this past Monday. Demonstrations ranging from peaceful to violent have roiled the city days before the election, casting a spotlight on police use of force against Black people and the need for structural reform of the criminal justice system. The past two nights of civil unrest in Philadelphia highlight the fact that struggles at the core of this American spring of racial protests will continue so long as the roots of the structural equality criticized by social justice advocates remains.
In the last presidential debate both Donald Trump and Joe Biden confronted America's racist history in starkly divergent ways. President Trump claimed to have done more for Black America than any other president since Abraham Lincoln, a hyperbolic statement that led Biden into his best line of the evening: "Abraham Lincoln here is one of the most racist presidents in modern American history." President Trump most assuredly did not get the pointed sarcasm of Biden's response.
President Trump's much-mentioned achievements on race -- his signing of the First Step Criminal Justice Reform Act and federal support for Historically Black Colleges and Universities (HBCUs) -- are indeed worthy but must be balanced against his naked appeals to the nation's worse racial impulses. Moreover, the President's vaunted "Opportunity Zones" -- touted as offering economic investment in racially segregated and economically impoverished ghettos -- has been criticized as more of a federal boondoggle and tax haven for wealthy entrepreneurs than its supposed intended purpose.
It's also far from a given that former Vice President Biden has overcome his own dubious past on race issues. Biden's progressive rhetoric on race matters during the debate and elsewhere, including his insistence that the US must deal with "systemic racism," does not exist in a vacuum. Biden's admitted it was a mistake to champion -- as good policy and better politics -- harsh "law and order" drug and crime legislation of the 1980s and 1990s; still, that does little to close this Pandora's box of a legislative legacy that continues to devastate millions of families.
And what about the Biden of 2020? It's difficult for me to imagine a Biden-Harris administration that is fully committed to anti-racism at the national level. Perhaps that's because Biden's focus on increasing federal funds for police anti-bias training feels insufficient in a year where Black Lives Matter protests roiled the nation and upended the political status quo. Kamala Harris, the first Black woman nominated for vice president on a major party ticket, is a proud alum of Howard University and would be the first member of the "Divine Nine" African American fraternal and sorority groups to be vice president.
Yet Harris's record as a district attorney and attorney general of a purportedly progressive city and state is a mixed one, with criminal justice reformers claiming that she too zealously incarcerated the Black poor during her tenure as San Francisco DA and has largely refused to punish cops charged with police brutality. Harris has staunchly defended her criminal justice record, touting that as California attorney general she implemented statewide implicit bias training and required body cameras of Justice Department special agent personnel in the field. "What we don't want is excessive force," Harris has argued. "Or for being Black to be considered probable cause."
If the Biden-Harris campaign is victorious, racial justice advocates must lobby immediately for substantive -- not just symbolic -- presence in the administration. If the president-elect is open to having Republicans in his cabinet, as has been rumored, surely he can also have a representative with deep ties to BLM in the White House as well.

The most important aspect of a Biden presidency will be its policy ambitions. This year has shown us the interplay between local, state and federal policy on matters of criminal justice, health care, poverty, violence, and more. Reparations, student debt forgiveness, universal health care and college education, and a universal basic income should be part of a national policy debate that is centered on how best to achieve racial and economic justice in America in our lifetime.

While we're imagining the future, what about a second Trump administration that, having built a presidency on racial division, becomes supportive of racial justice policies? Is that possible? Presidential adviser Jared Kushner's offensive claim that Trump wants Black people to succeed and achieve at times more than they do themselves, illustrates how difficult operating in such an environment might be for civil rights and social justice advocates.

Perhaps a President Trump who is buffeted by Democratic majorities in the House and Senate could be willing to sign off on wealth creation legislation that could transform the way in which banks and financial institutions treat Blacks individually and collectively. Financial reform that recognizes the historical role played by public and private financial institutions in maintaining Black poverty from racial slavery to the present could be a game changer that underscores the Republican Party's long-standing rhetoric of being the champions of the entrepreneurial class.

The Movement For Black Lives has, in this year of unprecedented tragedy and resolve, asked America to use its imagination in revolutionary ways. Calls to reimagine public safety by investing in mental health, employment, housing affordability, and violence disruption in Black communities have become more a part of the political mainstream than ever before. Important local victories have been won in cities such as Austin, Texas. Corporate declarations in support of racial justice reached new peaks during the summer, part of a national discourse on race and democracy that has caused many Americans to rethink what their nation is built on -- and what's built upon its landscape. Monuments celebrating the Confederacy and other heroes of White supremacy and the "Lost Cause" of secession, slavery and anti-Black racism have been removed, repurposed and toppled.

Now the even more difficult work begins, no matter what happens next week. Racial oppression represents an existential threat to American democracy. Like a wound ignored and allowed to fester, our national racial trauma continues to distort the present and put the future at risk. The best parts of that future will be anti-racist. The challenge ahead is forging a national consensus around the value and beauty of Black humanity, one that transcends political and party affiliation to imagine -- then realize -- the vision of a country that embraces racial justice and equity irrespective of partisan politics.

Hertha celebrated the victory with empty stands: they applauded, talked, Guendouzi even threw a t-shirt
Tuchel does not intend to renew his contract with PSG. He will become a free agent in the summer
Massimiliano Allegri: I Want to work in the Premier League. The League is progressing thanks to foreign coaches
Branislav Ivanovich: Abramovich is one of the most important people in my career. Not just the owner, but a friend
Zlatan Ibrahimovic: Jordan's Chicago is a perfect example of the character of the winners. I'm not Michael, but I also demand a lot
For the first time, Ronaldo does not Interfere with Juventus. This season will be his best in Italy, but Torino risk repeating real's problems
Serginho Dest: I Hope to play with Messi for another season. Everyone wants him to stay
Source https://edition.cnn.com/2020/10/30/opinions/racial-justice-after-2020-trump-biden-joseph/index.html?utm_source=feedburner&utm_medium=feed&utm_campaign=Feed%3A+rss%2Fcnn_latest+%28RSS%3A+CNN+-+Most+Recent%29