A video uploaded to YouTube by a channel named MrMBB333 is now the hottest debating point among conspiracy theorists and doomsday mongers. In the video, originally shot by a woman named Marcine P, a circular object, very similar to a wormhole can be seen in the skies of Kansas.

"The incident happened on October 03, 2020. She noticed a red glow in the night skies at 09.00 PM. She zoomed in on the red glow and this is what showed up. Unbelievable. You will see a swirl, looks like a perfect circle in the sky. It is hollow, maybe a wormhole. Unreal, perfect circle in the night sky. Is it some sort of wormhole or portal in the skies," said MrMBB333 in the video. 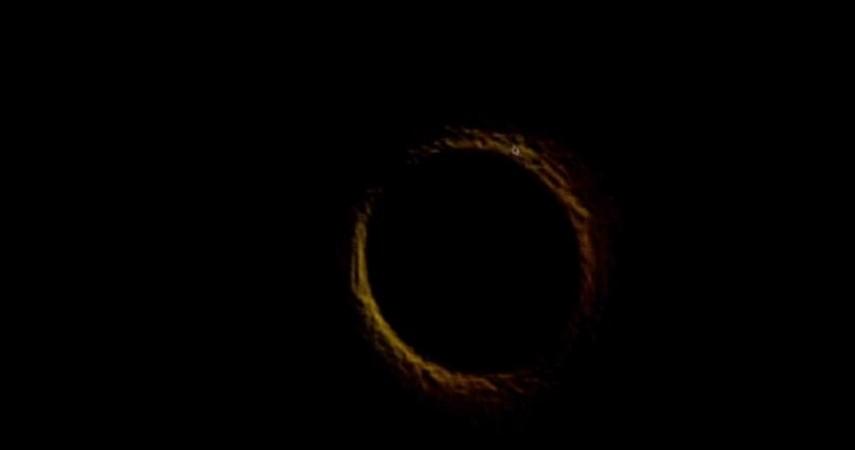 Alleged wormhole that appeared in the skies of KansasYouTube: MrMBB333

The video uploaded by the conspiracy theory channel has now gone viral on the internet, and it has already racked up more than 54,000 views on YouTube. After watching the video, followers of MrMBB333 also shared their theories to explain this bizarre sighting.

"Project blue beam, this is what there going to use very soon to deceive the whole world once a certain event takes place, it's coming very soon," commented Marcus Garrett, a YouTube user.

"CERN Scientists recently announced that they would gain access to parallel universes within days. I am guessing they did it," commented another YouTuber.

In another video, MrMBB333 claimed that earth has now entered a thick debris field, and he made this conclusion after analyzing the rising number of asteroid close approaches in recent days.

Netizens have now started claiming that the rise in debris around the earth is indicating a possible arrival of Nibiru, a hypothetical rogue planet that could once hit the earth, resulting in doomsday. However, NASA has several times debunked this doomsday theory, and they claim that Nibiru is nothing but an internet hoax.

22 teams will participate in the FIFA Arab Cup. The tournament will be held in 2021
Ronaldinho on Maradona: Rest in peace, my idol. Wizard of wizards!
For the first time in 17 years, Liverpool did not score a goal in a home Champions League game
Villas-Boas suggested that in memory of Maradona to withdraw the 10th number from circulation in all teams
Vatican on Maradona: the Pope remembers him in prayer and remembers their meetings with love
Flick about 3:1 with Salzburg: Very happy with Bayern's performance. Neuer-world-class goalkeeper
Tyson about Maradona: we were often compared. He was one of my heroes and a friend
Source https://www.ibtimes.co.in/wormhole-appeared-kansas-skies-youtube-video-sparks-doomsday-theories-829604