Historically Black colleges and universities in the U.S. have been underfunded for decades, with billions of dollars in state funding that should have gone to those schools diverted by lawmakers for other purposes, according to higher education experts. Now HBCU leaders are pushing to get the money these institutions say they are owed.

College presidents and local lawmakers in states like Tennessee and Maryland have spent months poring over previous years' state budgets to calculate the funding gap, as well as discuss how to put that money to use on campus. Some education leaders call it a form of reparations, the old "40 acres and a mule" but for the ivy covered campuses of some of the nation's oldest colleges. Others prefer the softer term "arrears" to describe the push for more money from state coffers.

Either way, billions of dollars — at least $1.1 billion so far — is at stake for up to 50 colleges that educate hundreds of thousands of Black students annually.

"We're going to use these dollars in a way that helps soften the financial burden that so many of our students are facing," said Anthony Jenkins, president of Coppin State University, an HBCU in Baltimore. "We know, through those efforts, we will see greater student success, greater retention and greater graduation rates coming out of the institution."

Coppin State, along with three other HBCUs in Maryland — Bowie State, University of Maryland Eastern Shore and Morgan State — are slated to receive a total of $577 million from the state legislature starting in July 2022 that will be disbursed over the next decade.

Presidents at those schools said the infusion of funds will help upgrade facilities and enrich curricula, including expanding the range of majors available to students. Jenkins said some of the money will be used to develop new academic programs in computer science and nanotechnology.

"We'll be taking those dollars and we'll be focusing on how we remain competitive, relevant and sustainable for years to come," he told CBS MoneyWatch. "We're excited about what the future holds for Coppin."

HBCUs date back to the 1800s and were created to educate Black Americans who were barred from attending White colleges. The first HBCU — Cheyney University in Pennsylvania — opened in 1837. In 1890, the U.S. government gave more than a dozen HBCUs land-grant status, which meant they were eligible to get as much federal aid as White-only schools.

HBCU leaders say the denial of state funding to their colleges largely comes down to old-school racism. State legislators, who largely control funding for higher education, have long viewed such institutions as inferior, multiple HBCU officials told CBS MoneyWatch. That has constrained HBCUs from offering more competitive salaries for faculty or scholarships for top students.

"Our institutions have not — and still are not — being treated the same," Alabama A&M University President Andrew Hugine Jr. said.

The spotlight on Black colleges has intensified in recent months, stoked by heightened racial awareness in the U.S. since the murder of George Floyd in Minnesota last year. Kamala Harris, who graduated from Howard University and who became the first woman of color to serve as vice president, also drew attention to HBCUs, said Terrell Strayhorn, director of the Center for the Study of HBCUs at Virginia Union University.

As part of the effort to improve HBCUs and put them on an equal footing with other schools, a North Carolina congresswoman has proposed federal legislation that would send extra funding to 100 HBCUs. Separately, Cisco Systems in May said it will donate $100 million for tech upgrades at nearly a dozen HBCUs.

"HBCUs are winning right now, I think, because the narrative that's being carried forward is one that says Black folk, students, people, belong here," Strayhorn said.

It hasn't come easy. The Maryland HBCUs were awarded hundreds of millions only after a 15-year legal battle with the state. In a federal lawsuit, the schools argued that they were being purposely underfunded compared with mostly White colleges in the state, such as the flagship University of Maryland.

Maryland's case was the tip of the iceberg. Dozens of HBCUs have operated for years without receiving the full amount of dollars they were entitled to under the law, experts said. One study from the Association of Public and Land-grant Universities found that, between 2010 and 2012, more than half the nation's HBCUs failed to get their full funding.

Public HBCUs are funded by both states and the federal government. Congress sets aside millions annually for each school, depending on a formula, and the state where the school resides is supposed to match that funding dollar-for-dollar. For example, if Alcorn State University was awarded $50 million in federal aid, then state lawmakers in Mississippi are supposed to chip in $50 million for a total of $100 million to the school.

By contrast, predominantly Black schools such as Howard University, Tuskegee University and Xavier University are private institutions that are not eligible for direct state funding.

Yet HBCU presidents and education experts said that so-called $1-to-$1 match rarely happens in practice, pointing to a general refusal by state lawmakers over many years to match the federal investment.

In Tennessee, a months-long investigation by state budget officials uncovered that one local HBCU — Tennessee State University — has been underfunded by roughly $544 million dating back to 1950. The state arrived at that figure after a committee of lawmakers in 2020 started looking into underfunding at the school.

Choosing not to give 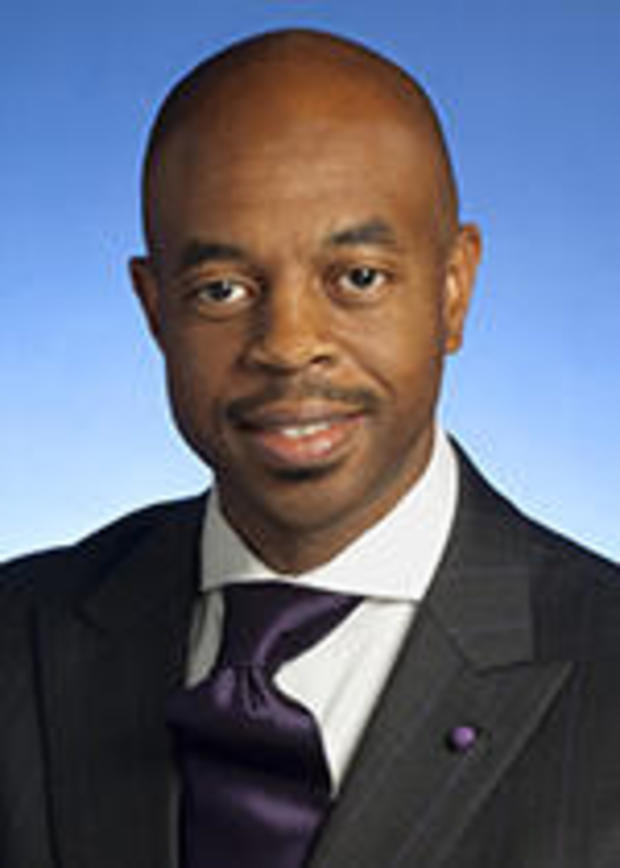 Harold Love, a state senator from Nashville, Tennessee, chaired a state committee that examined how much in state funding Tennessee State University has not received. Love is also a TSU alum.  Dawn Majors

Fully funding Tennessee State has never been a priority for local lawmakers, Love added, saying that governor after governor in the state kicked the issue down the road. Eventually, the funding gap grew so large that tackling the problem became too daunting, he said.

Love said previous state budgets show that lawmakers in the 1980s gave the University of Tennessee in Knoxville, a predominantly White school, its full matching grant dollars, plus extra funding for various projects. Over that same period, Tennessee State received half of what the school was eligible for under the law. In some years, it got no matching state money at all.

The lesson, according to Love: "You had the money to give Tennessee State — you just chose not to."

A blueprint for fairness

"Tennessee State is not the outlier," Hugine of Alabama A&M said. "If you talk to many HBCUs, they'll say they're struggling to get states to do a 1-to-1 match."

Tennessee lawmakers are now in talks about how the state can begin making up the financial shortfall for the school. Love expressed optimism about a remedy, citing the precedent set by Coppin State.

"Maryland's case settlement gives us a wonderful blueprint for how we can put together a 10-year plan to rectify this situation," he said.

The push to even the scales for public HBCUs in Maryland and Tennessee is expected to kick off similar efforts in other states, including Alabama, Georgia, North Carolina, South Carolina and Virginia, Strayhorn said.

"States mimic each other," he said. The year 2021 "will likely be one of those years that will be known as — among a lot of things — the year of the HBCU."